We have hundreds of UK running events listed for 2020, covering a variety of distances for all levels of runners. There are fun runs, marathons, half marathons, 5k and 10k races, and many more.

Does music make you a better runner? Many would argue it can, while just as many argue you should go without. Let’s take a look a bit more in depth and find out what impacts in really has

For many people who are new to the sport or even veterans, music can make running enjoyable and gives you the motivation to continue and fight the fatigue. On the opposite side of that a lot of runners prefer a pure experience, saying that without music they can get a better sense of their environment and their own bodies.

So what’s the answer? Well it seems there isn’t really a yes or no as to whether music improves or impacts performance as there is just so much information for both sides. For example this study from 2004 found whilst music seemed not to have any measurable effect on the body or performance, the runners said that it help them feel motivated and felt it was beneficial.

A poll from Runner’s World of over 11,000 of their readers found that a staggering 74% said they think runners should listen to music. Are they correct? Well it seems ultimately down to personal choice. The science backs up the argument for music - it has no harm on runners times, and can provide many psychological benefits that keep you positive that will be reflected in how your run goes.

Upbeat music that has a consistent tempo and rhythm to keep you moving can be a great help - not necessarily to make you faster - but just to keep you going. Clearly the business believes in this too due to the enormous amount of headphones, music players and phone armbands designed simply to allow you to keep your music with you when running or working out. Obviously they are out to make money, but if people weren’t buying them they wouldn’t keep making them.

One argument often cited by people who do not listen to music is that they are able to listen to their bodies. Without music blasting in their ears, they can take a check of their breathing pattern, hear how their steps sound and even hear(or feel) their heartbeat. If you choose to run in the countryside too then you can also hear the nature around you - birdsong or flowing rivers.

The only real downside to listening to music whilst running is typically said to me a matter of safety. First and foremost listening to excessively loud music can obviously have a very bad effect on your hearing. The simple answer to this is just moderating your volume levels - however a lot use the loudness to drown out environmental noise.

This can also be bad too as you may be less aware of what’s going on around you - other runners, cars, trains and commuters can all pose a danger by simply stepping in front of you.

So what can conclude? Well all the evidence suggests that music can in fact help you with running by providing you with a psychological boost to help you keep on going. However it does not appear to improve actual performance, so choosing to go without music shouldn’t impact your times, but you may need to find motivation elsewhere.

If you're looking for a challenge to take part in, then check out our listings for running events

Running events are some of the most popular types of fitness events out there – and are one of the easiest to get in to, whilst being very tricky to master. Because of this, it is a great place to start when you want to get in to a fitness regime – but there is a lot more to it than simply placing one foot in front of the other! 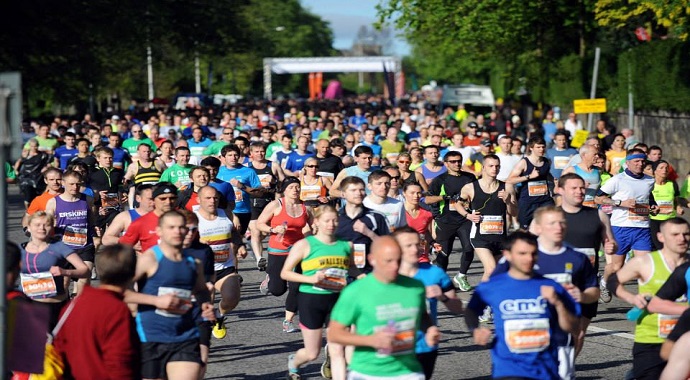 Competitive races are thought to have at first started (as with many sports) with the Ancient Greeks, though many other traces link it to the Egyptians, parts of Asia and many other parts of Africa. One of the earliest recorded event is from 1829 BCE at an Irish festival honouring the goddess Tailtiu in a series of sporting events known as the Tailteann Games. A thousand years later in 776 BCE, we have the first record of the Olympics in Greece, and this is likely where many forms of runs and marathons have their origins.

Since then many different type of events have come about – through the Olympic Games are still probably the most famous. Throughout the world events are held all the time from simple small 5k runs to enormous 26 mile sprints like the London Marathon.

How to get started in running events

Luckily it is one of the easiest sports to get in to – you just need to start moving! Starting off with small jogs and sprints is the best way to get started and then you can slowly start to increase distance to build yourself up to bigger and better runs. I’d suggest started off with something like a 5K as this is not too challenging but long enough for you to get a real sense for what is involved in the sport. You can read our article here all about how to prepare for your first 5K which will give you some more insight on how to get your training started.

Once you get started you will quickly see there is a lot more to taking on a run than simply getting out there and jogging. If you are looking to get serious then you may want to start investing in some good gear – a good pair of running trainers is the best place to start. You can also invest in a lot of other running specific clothing too though be warned things can start to get expensive.

Running Races Near Me

There are quite a lot of different runs to choose from depending on what kind of experience you are looking for, we list some of the best running events in the UK, if you know what type of event you want you can click one of the links below to find out more;

We have picked out the best events taking place in 2020. We have lots more listings available, just click on the 'Running Events' tab at the top of this page to find them.

Although we have picked this particular event, there are actually 4 different events taking place at the Bournemouth Marathon Festival so you really do have the widest choice available to suit your ability. Not only does it have great options but also stunning scenery, it takes place along the coastline and also the iconic Bournemouth pier. We have been to the Half Marathon event before so check out our review here.

Find out more about the 2020 Bournemouth Marathon 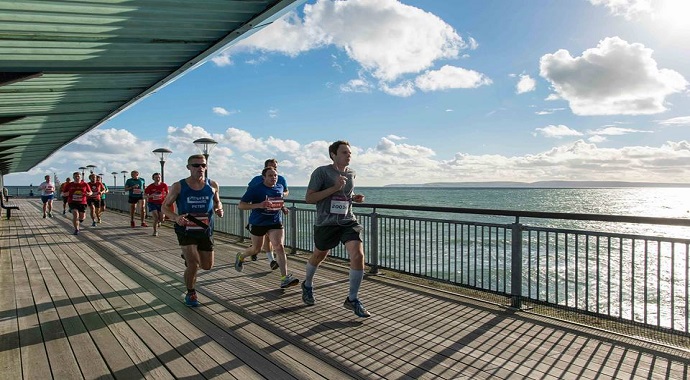 Join the 250+ event providers who are successfully advertising their events with us.

You can also take advantage of our exclusive rates for digital advertising and a 10% discount on event entertainment!